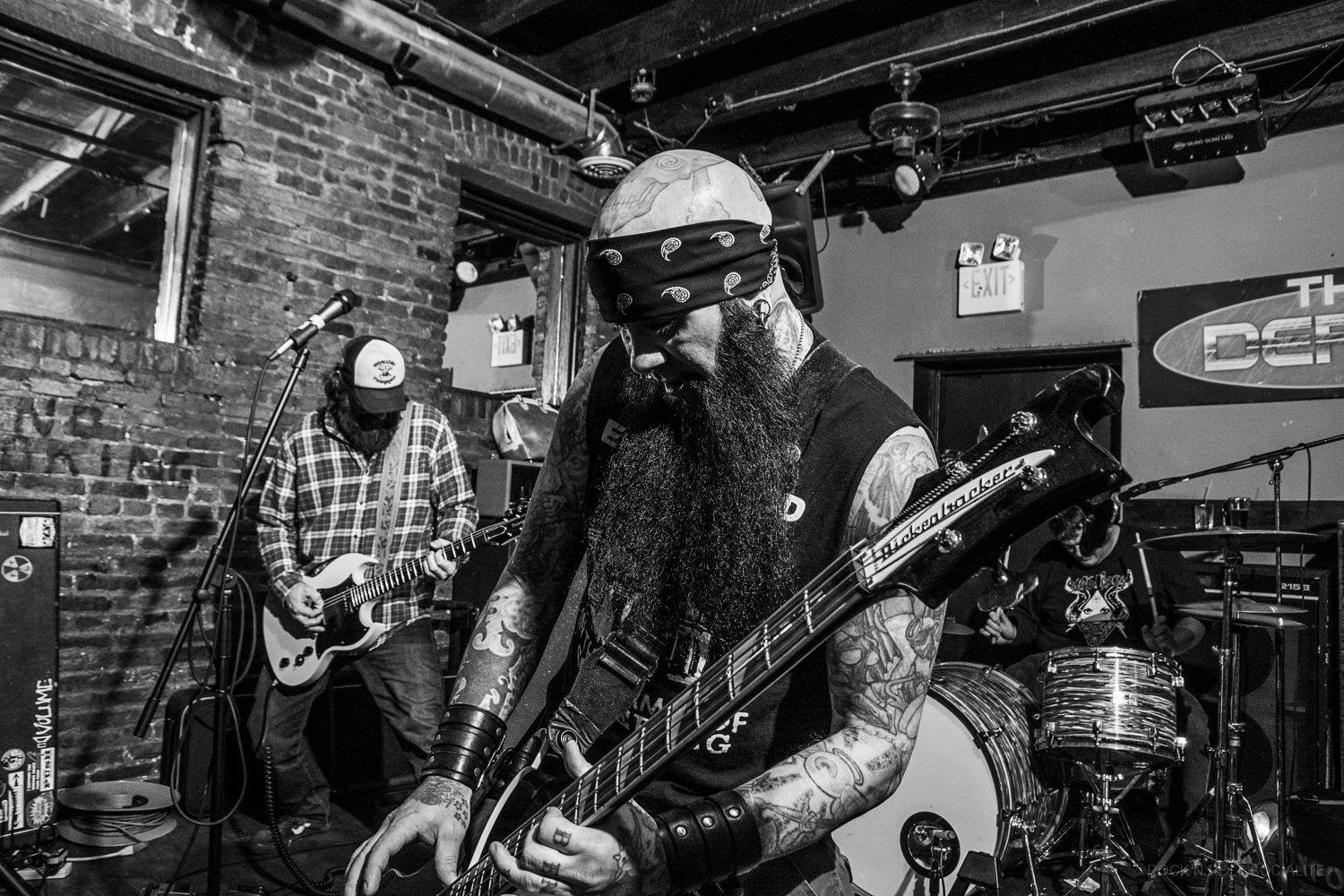 Featured Guest is the section of my website where I interview various individuals I have crossed paths with over the years. Be it artists, musicians, actors or you name it , it's always awesome to speak with so many interesting people about topics all over the board. This time around we had none other than the notorious Jim Forrester. Jim is known for laying down the bass with the groups Foghound and Serpents of Secrecy, and livin' large in the underground music world. Today we catch up on his music and life news, but also talk about many cool things. Right on.  - G 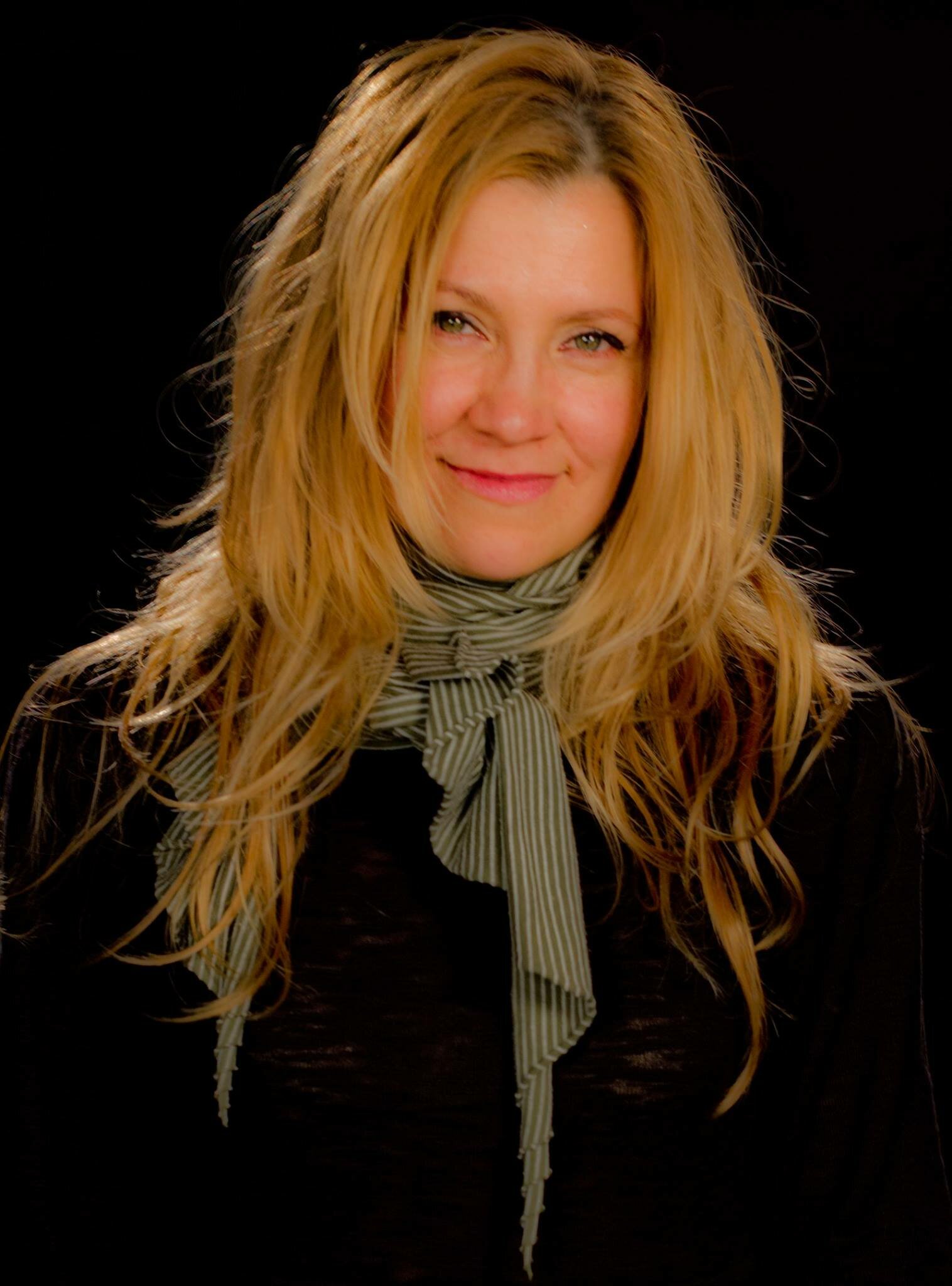 Featured Guest is the section of my website where I interview actors, artists, musicians and many kinds of cool people I have crossed paths with over the years. Tonight our guest is none other than the great Clementine. Known for holding down the drum throne in Zepparella and the vocalist for the group Stars Turn Me On, I met Clem many years ago when she was the drummer for NYC based all girl band Bottom. Clementine and I catch up on her activity these days in California, a little about her history and latest news on her music and life. - G 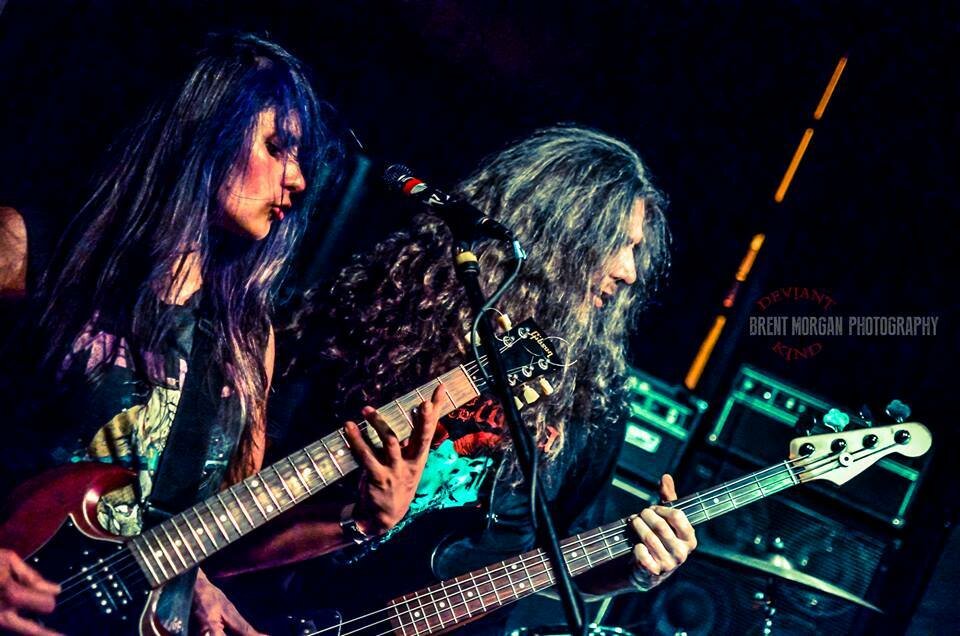 Featured Guest is the section of my website where I interview musicians, artists, actors and many cool people I have crossed paths with. Tonight we had the opportunity to interview two very cool people, Sabine Stangenberg and Joey DeMartini. Hailing from Portland, Sabine and Joey formed the group Disenchanter in 2011 with Sabine on Vocals/Guitar, Joey on bass and Jay Erbe on drums. Heavy rock and roll with doom riffage, Disenchanter has been described as ‘Ray Bradbury on Black Sabbath’. How cool is that? Tonight we discuss their history, music, love of sci fi artwork, films, recent news and more. 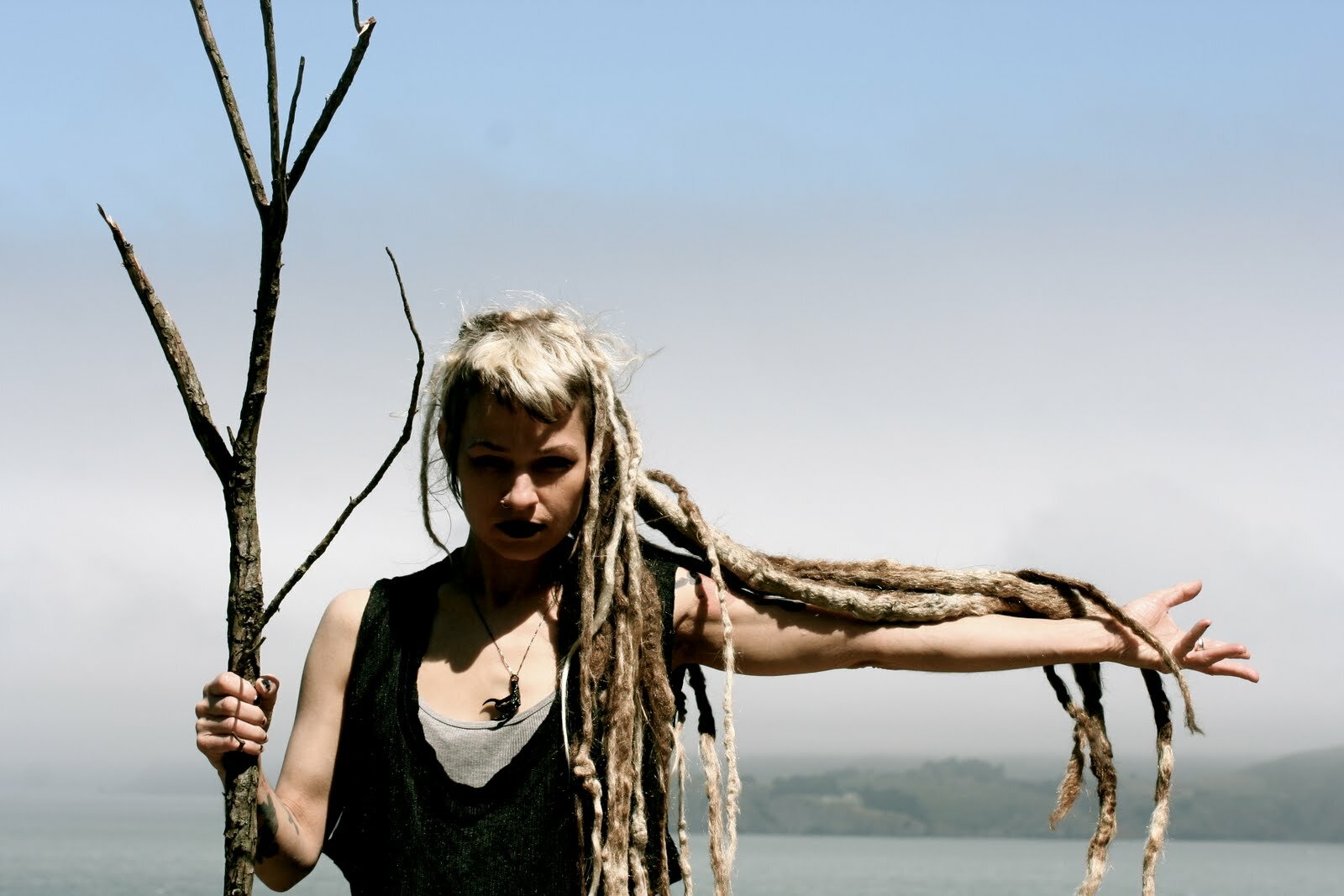 Featured Guest is where I interview actors, authors, artists, musicians and various types of really cool people I have crossed paths with over the years. Today we had the honor and the pleasure of an interview with the one and only brilliant artist Karyn Crisis. Karyn and I discuss many interesting and in depth topics from her life: music, painting, her spiritual work and interests, history, upcoming projects and more. Karyn is a true pioneer front woman in metal and an incredible artist in so many, many ways. I was really psyched to interview her and truly appreciate her taking the time to share her thoughts and experiences. 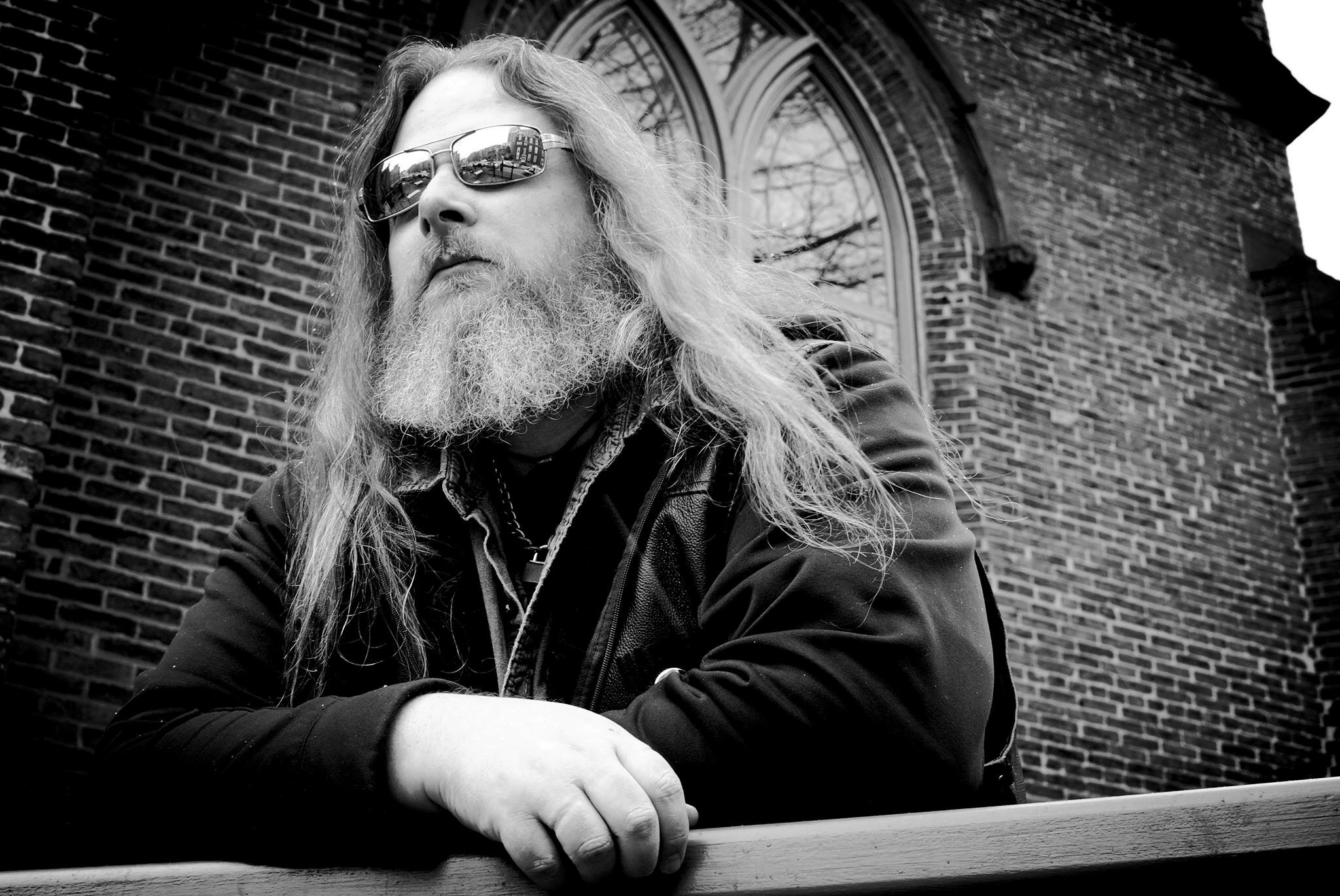 Featured Guest is where I interview many cool people I have crossed paths with from artists, musicians, actors and more. Today we interview great singer, author and all around awesome musician Dee Calhoun. Dee is the singer for the mighty Iron Man in addition to writing a new book and the big news is that he has a solo album coming down the line on Argonauta Records. Dee fills us in on his history, favorite films, book, music and more. Chill and check out this talk with me and Mr. Calhoun about the news in his world. 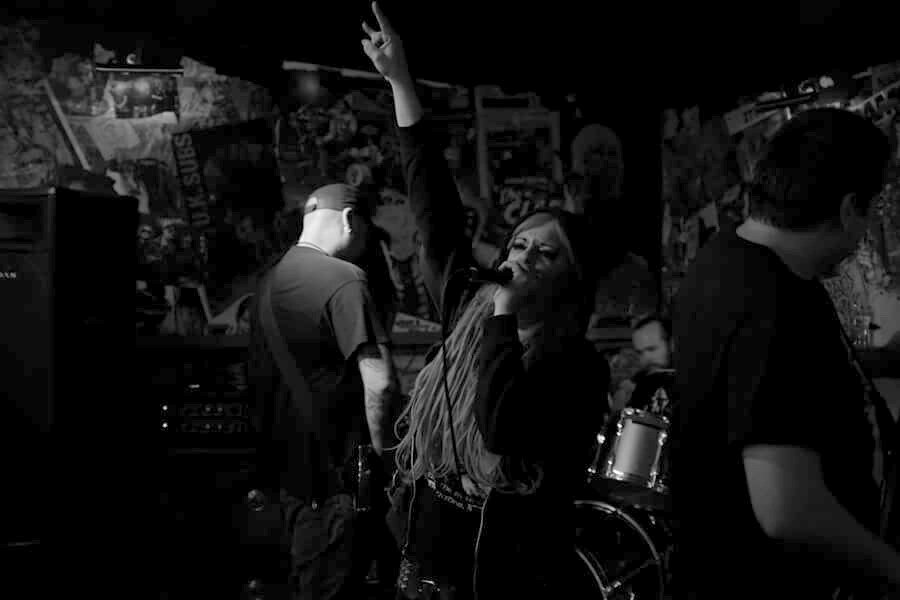 This time we spoke with one of the coolest individuals in the metal underground: Singer and drummer Kat from the groups Winds of Genocide and Uncoffined.  Kat Shevil has always shown me a great amount of support, enthusiasm and respect and I send it back her way too.  A real pleasure to speak with her today. Kat is a one woman army of metal mayhem with a great passion and enthusiasm for underground metal in all styles. We talked a lot about music and more, really cool to connect with her today. - G 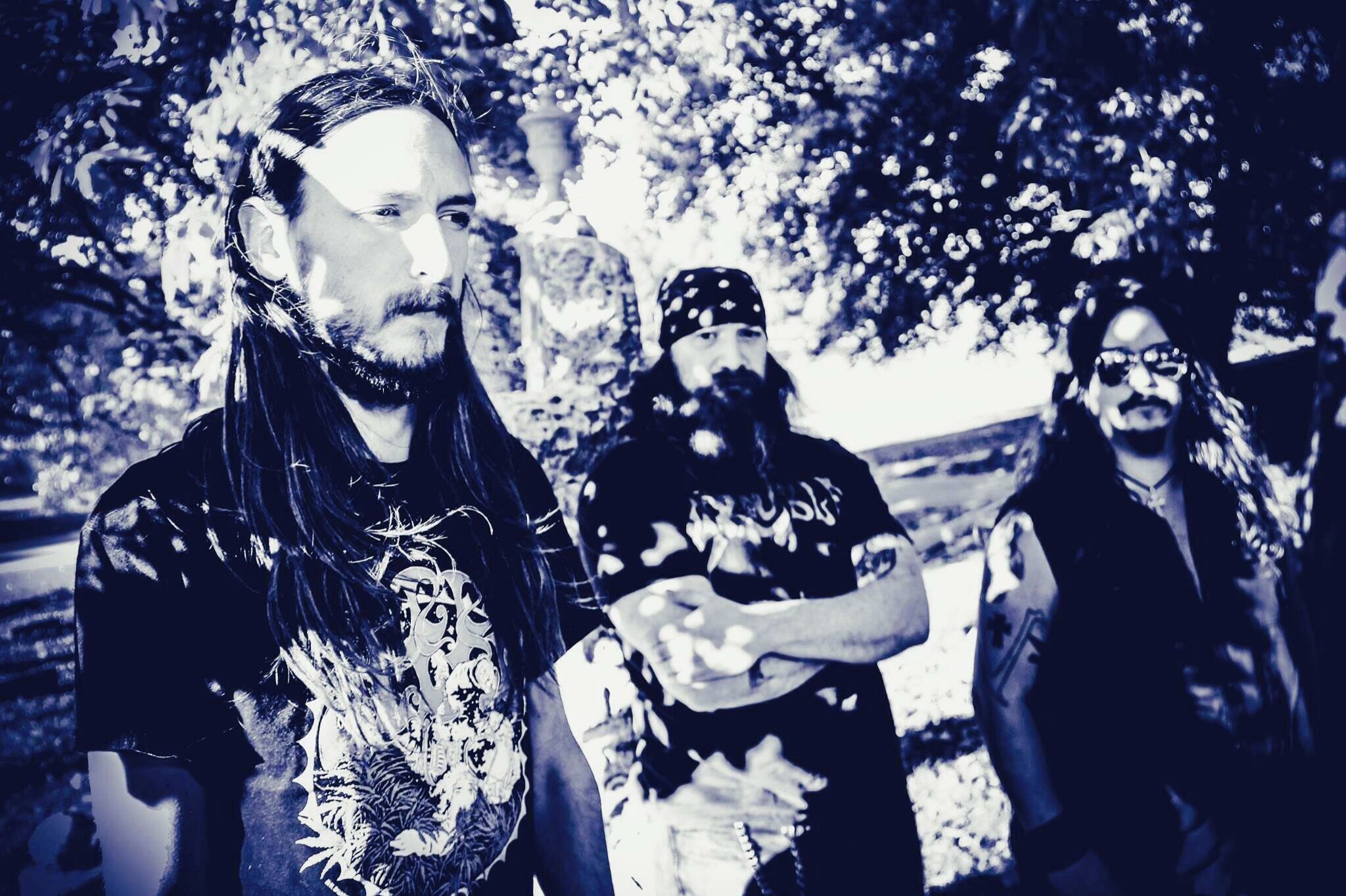 Doom metal giants guitarist and singer Karl Simon and drummer Chris Gordon sat down with us today to share some thoughts on music and catch up on their new band Wretch. Wretch was born from the foundation and history of the mighty Gates Of Slumber and features Karl, Chris and bassist Bryce. Look out for more news on Wretch's music in the near future and dig this interview with Karl and Chris. - G
Read More... 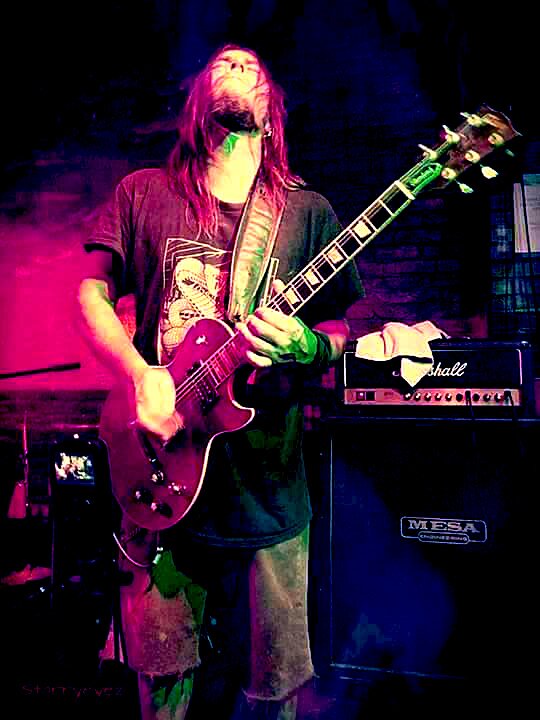 Today we had an exclusive opportunity for this inspiring and very insightful interview with righteous and very cool Dale Flood. Dale is one of the top Lords of doom metal history, a pioneer of the style he helped create with his bands Asylum, Unorthodox and others. In this talk Dale is radiating with his love of life and music. It a pleasure to speak with such a well known musician who is so down to earth and real. From the eighties to present day, Dale is making music from his heart full of riff, melody and words inspired his life's many tales. 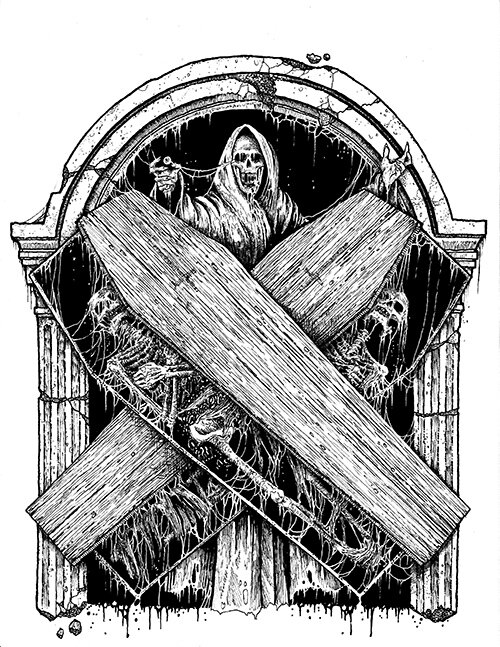 Today we had the rare and ultra cool opportunity to speak with the notorious artist Mark Riddick. There is no one like the great Riddick in heavy metal artwork. From his early days illustrating cassette covers and flyers all the way back to 1991, having his artwork featured on televisions programs, art exhibitions all over the planet, his books and more, his work is instantly recognized and revered by metal fans in the entire underground. I've known Mark for many years and have the honor of his artistic work for GSDD and recently for my doom band Cemetery Crows. Who better to interview on Halloween and Samhain...Enjoy a look behind the scenes of the mighty illustrations of the main man in underground metal art. - G 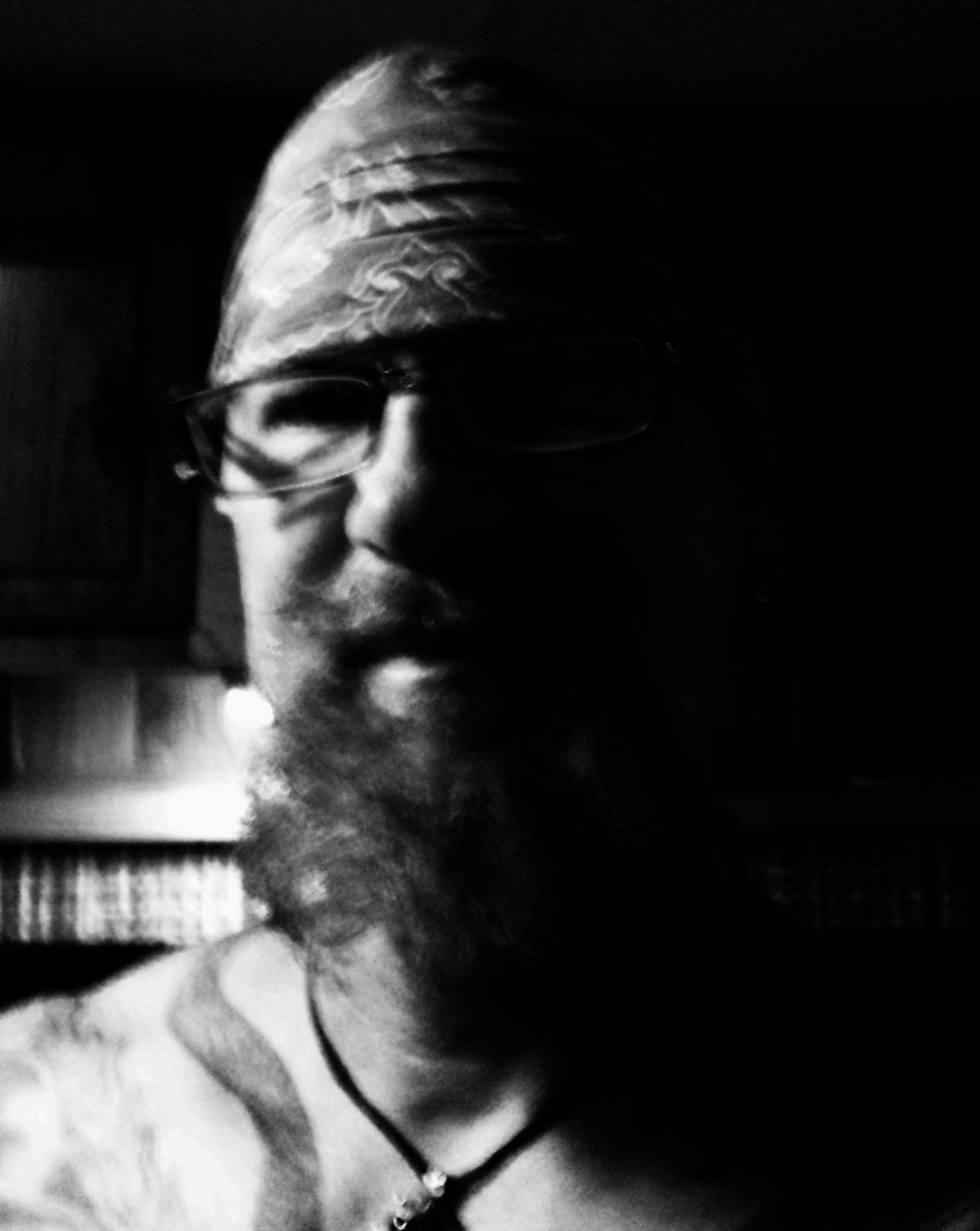 This week we had a special, very rare interview with one of the greatest musicians to ever rock the mic: Toronto born and NYC bred, by way of the Florida, the great singer and author Alex Mitchell. Alex has fronted the pioneer swamp rock band Circus of Power since 1988, had a few kick ass bands like Plastic Gator Machine and others and also written a few books. I have always thought Alex was a world class frontman, blues singer and more. I always loved this band and it's been a gift to be in contact with Alex. Circus of Power has a big audience and their music is still being cranked up loud by many. Living in California and getting ready to launch a new wave of the band’s music, I did this interview with Alex where we talk about his life, new film project, writing and music. - G