The new album "30 Weight" is out now on Small Stone Recordings. This album features eleven new songs like "Black Fire", "Shining Star", "Ride With Me" and more. Massive production courtesy of Eric Hoegemyer and the crew at Rustbelt Studios in Royal Oak, MI. Guitarist Phil Durr returns to Dixie Damned and the album also features guest appearances by Sue Lott (Luder) and the multi talented Eric.  The stunning cover artwork is by Alex Von Wieding. Blending Gideon's style of southern rock, gothic rock, outlaw country and psychedelia, "30 Weight" is a classic. This album includes the song "Ride With Me" which was featured on an episode of the hit A&E series Dog The Bounty Hunter. You can hear the new song "Black Fire" in the audio section!

"South Side Of The Moon" CD Small Stone Recordings 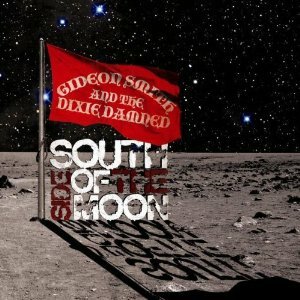 The "South Side Of The Moon" album is available now on Small Stone Records. This cd has songs featured on "Sons of Anarchy", "Dog The Bounty Hunter", "Nitro Circus", "Dudesons in America" and more. Main songs "Indian Larry", "Blacklight Wizard Poster", "Lay Me Down In Ecstasy", "Way Of The Outlaw", "Black Cat Road" and others. 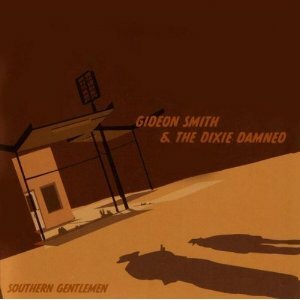 The "Southern Gentlemen" cd is available on Small Stone Records. This album features songs heard on the hit series "The Sopranos", "Rush Hour" "Thrillbillies 2" dvd and more. Main songs "Draggin' The River", "She Is Venus", "Whiskey Devil", "Wish You Were Mine", "Outerspace Girl", "Ghost Rider" and others.

"F.T.W. A Tribute To Gideon Smith" CD is a seventeen track compilation disc with various artists from the USA, Canada and Europe performing their own versions of songs by Gideon Smith & The Dixie Damned. The cd has artwork by the incredible Khaos Art (Morbid Angel,etc.) and comes with an eight page booklet of liner notes by Deanna St.Croix, Nikki and Cave from Downtune Despondency, Daniel Rowe, Robert Everett, Jeff Warren, Klaus from Cosmic Lava and more. Artists on the disc include Honkytonk Hustlas, Way Down East, Red All Over, Ossastorium, Cattle Truck, Bill Carroll, Tremble Saith Thy Master, HK Family, Wolf King, and many others. This disc is an amazing listen for fans of the music with many original and unqiue versions of Gideon's songs by musicians in a wide variety of styles. 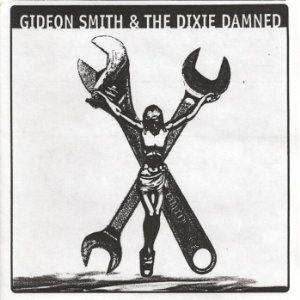